In the early 1990s Russia changed its political system radically and the Soviet system of government was replaced in favour of a new political path with aspirations to democratize its institutions along western lines and economic models of capitalism. A lot has happened since that time. I mention it here as I was in Russia at that time for nearly four months, in St Petersburg in fact, working on a film for the BBC. My experience during that time  had a huge bearing on what I am doing at the moment which is making films and how I am doing it. 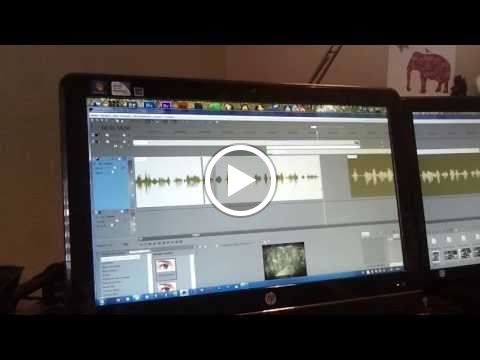 While in St Petersburg in 1993 I was introduced to an English guy called Adam Alexander or maybe Alexander Adams I cant quite remember.He had set up as a producer come distributor in the city. He had bought a largish apartment and I was invited around to meet him on one of my few days off during the production. Adam was a tall blond guy with a naive welcoming smile and manner, lively and generous with his personality and keen to get to know people. He showed me around the apartment and in one room he had a whole editing suite set up. A moviola was set up in one corner and abetacam editing suite set up in another part of the large room. I was fascinated by the whole operation in this romantic and phantasmagorical city. It had never occurred to me that you could set up an editing suite and production operation in an apartment. Now of course with computers and non linear editing everyone is doing it. However it was then that I decided I would live in Moscow and have a similar studio set up in an apartment at some time. It was a dream and I didn't really believe it myself but one which some years later has come to be. As I sit here looking out across a wintry night in Moscow from my 7th floor apartment with a couple of computers making up a the backbone of an editing suite with extra screens for monitoring and so on.
After I lived in Moscow for some time and it came time to buy an apartment we looked for somewhere  in the centre and quite large so that it could double as a studio and a place to live. That way I felt it was a more economically workable investment. We knocked down a few walls during the renovation so that the apartment could double as a living space and a studio.For more complicated  technical operations there is a studio not 10 minutes away which I can use whenever I need to.
at 21:31