The new film about Tokyo is finally released from Michael Craig and Copernicus Films:

A short film about Tokyo and its unseen character. I don’t really know how to explain but if you spend a long time in Tokyo you start to feel the hidden world which lies beneath the electric and neon façade. Traces of a dream world or forgotten world which belies the ultra modern appearance of Tokyo and which seems to be a continuance of some other parallel world existing in the past but in some way eternal and forever present. Noh dramas give a whiff of this other world and how it can creep up on you. Usually the waki, an itinerant monk, old man or traveler meets a local person whom he questions about the the history of the area. As the conversation continues the waki draws out the shite’s story it gradually becomes clear that the shite is the ghost of a historical figure who is still clinging to this world either through desire for revenge or anger,or a desire for love. The ghost often asks the waki to pray for them to be released so they can be reborn in the Amida Buddha’s western paradise. The swirling neon dream world of Tokyo with its episodic visual context opposed to the spatial coordinates that we are normally used to in most cities, disrupt the senses which feast on the abundance of light which subvert structure and the visual plane.

The Cityscape of Tokyo is a text-scape a kind of anti landscape. The city, a symbol which stands for something but also has its own intrinsic meaning- an hieroglyph We live in the age of light and nowhere is light, luminosity, a feature of the urban landscape as it is in Tokyo – it flows around and through the city like a liquid radiance.

The Quintessential city of light and its neon landscape casts a luminous dome across the night sky turning dark night into a phosphorescent panorama. This urban phenomena of the night  reminds us of the ancients of Japan who feared the darkness and longed for the dawn, for the comfort of clear light, for the sun goddess Amaterasu to remain.The film which is in post production will form a journey through the streets and known regions of Tokyo revealing anomalies which occur at boundaries which separate the apparent from the real and the interface between the sentient world and a hidden non sentient world. Its a phenomenon which occurs everywhere in Japanese literature. Murakami in Kafka on the Shore explains that the Tale of the Genji is filled with living spirits which could sometimes travel through space often unbeknownst to themselves.

The world of the grotesque is the darkness inside us, what could be called our subconscious which was obvious to people and gave a focus for their fears. Until the invention of electric light the world was in darkness, the physical darkness and the darkness of our souls were mixed together with no boundary between them. In their past living spirits of literature such as Ueda Akinari who wrote “Tales of Darkness and Moonlight” living spirits were both a grotesque phenomenon and a natural condition of the human heart and people of that time were unable to conceive of these two things as being separate. However the darkness in the outside world has vanished but the darkness in our heart remains just as before. It remains sunken in our subconscious and as Murakami points out that estrangement can create a deep contradiction or confusion inside us.
on December 10, 2014 No comments:

Vakhtangov and the Russian Theatre premiere at the Rose Bruford College 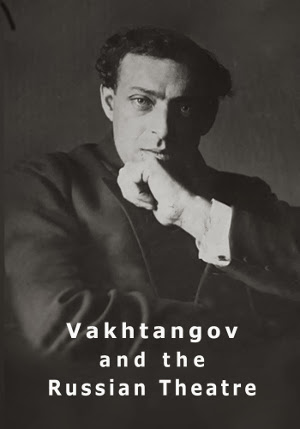 Cover of film “Vakhtangov & the Russian Theatre”
Several days back from the UK after a successful screening and Premiere of Vakhtangov and the Russian Theatre. It took place on May 10th 2014 as part of the Vakhtangov study day at the Rose Bruford college of theatre and performance organised by The Stanislavsky Centre which is based at the centre. It was a privilege to be able to participate in the and share the podium with the Vakhtangov scholar and specialist Andrei Malaev Babel who has written two books about Vakhtangov ‘The Vakhtangov Sourcebook” and “Evgeny Vakhtangov – A Critical Portrait”. Also Graham Dixon of the Mikhail Chekhov Studio in the morning session which he participated in together with Andrie Malaev Babel The morning session was dived into three parts. A long introduction presented jointly by Andrie and Graham, then the film Vakhtangov and the Russian Avant-garde which I briefly introduced and then a question and answer session with Andrie Malaev Babel, Graham Dixon and myself. 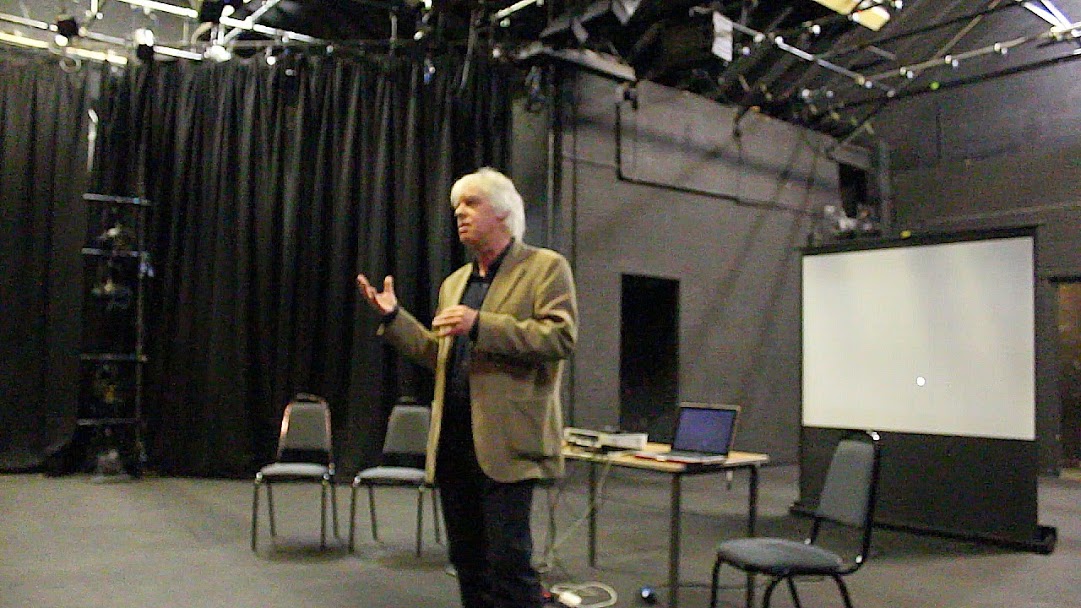 Michael Craig – Director of the film “Vakhtangov and the Russian Theatre”
The afternoon session was a master class presented by Andrei Malaev Babel which lasted a couple of hours and consisted of a series of intensive exercises and short pieces for actors. About sixteen members of the audience took part in this session and it gave a real insight into the practical  insights and interpretations of Vakhtangov’s work. Natasha and myself filmed as much of the day as possible and I will try and put together  a short clip to give a flavour of the day if all parities are agreeable. This was also a good opportunity to try out the new camera which I recently purchased and develop my DSLR skills a bit – gradually getting the hang of this new way of filming. 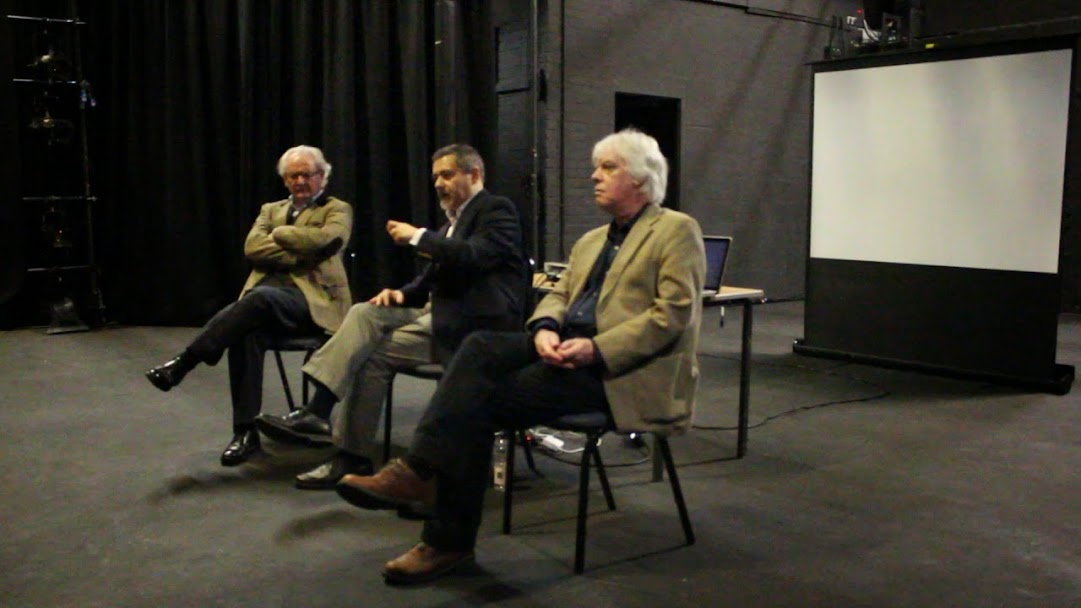 Left to right; Graham Dixon, Andrei Malaev Babel, Michael Craig
Any premier is a worry and this was no exception. I have showed the film to  many people but there is nothing more effective than showing a film to a live audience and probably nothing more gratifying when the response is positive as it was in this case. I was very pleased when people came up to me after the film to express their thoughts and feelings.I was also glad to see meet some new people who share an interest in Vakhtangov like Oleg Mirochnikov the Russian theatre director who now lives and works in London as far as I am aware. He has a special interest in Vakhtangov’s work in relation to his own productions, as part of Belka Productions.I was especially glad that the actor Andrew Elias was able to attend. He has been a great supporter of the film form its early inception and throughout post production to the very end and so it was apt that he was able to make the premiere. There wasn’t much time to get to know each other but I am sure we can rectify that in subsequent meetings when I am back in the UK and of course we will be in touch over the internet. 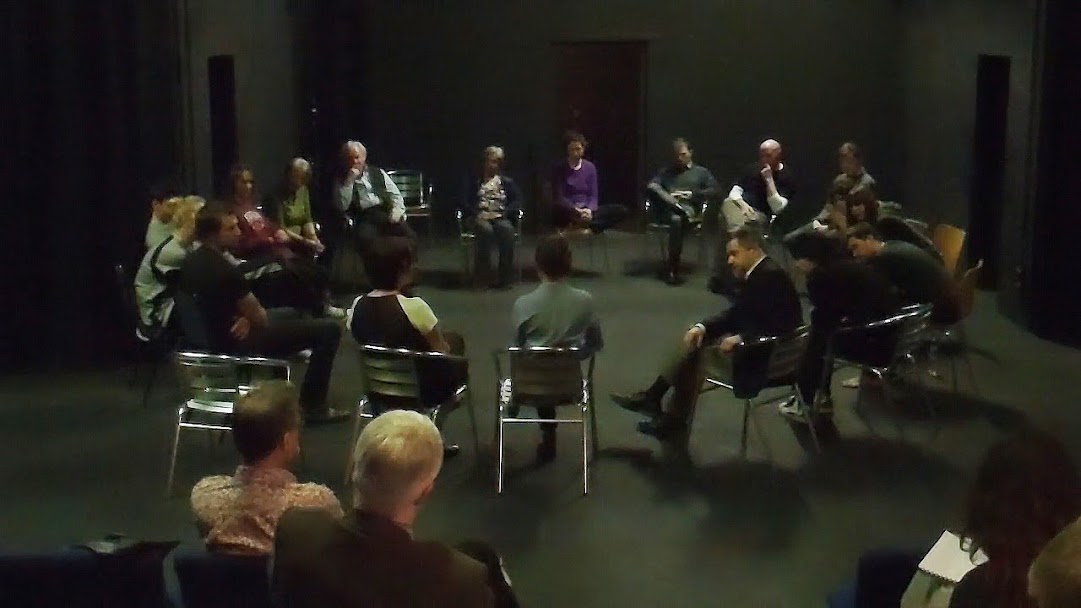 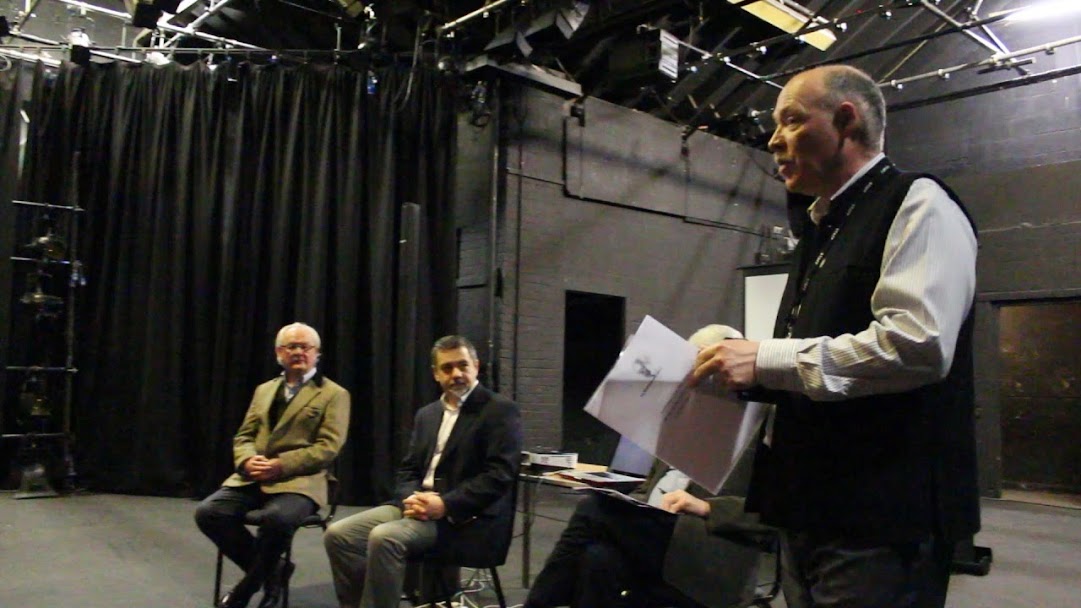 Paul Fryer of The Stanislavski Centre 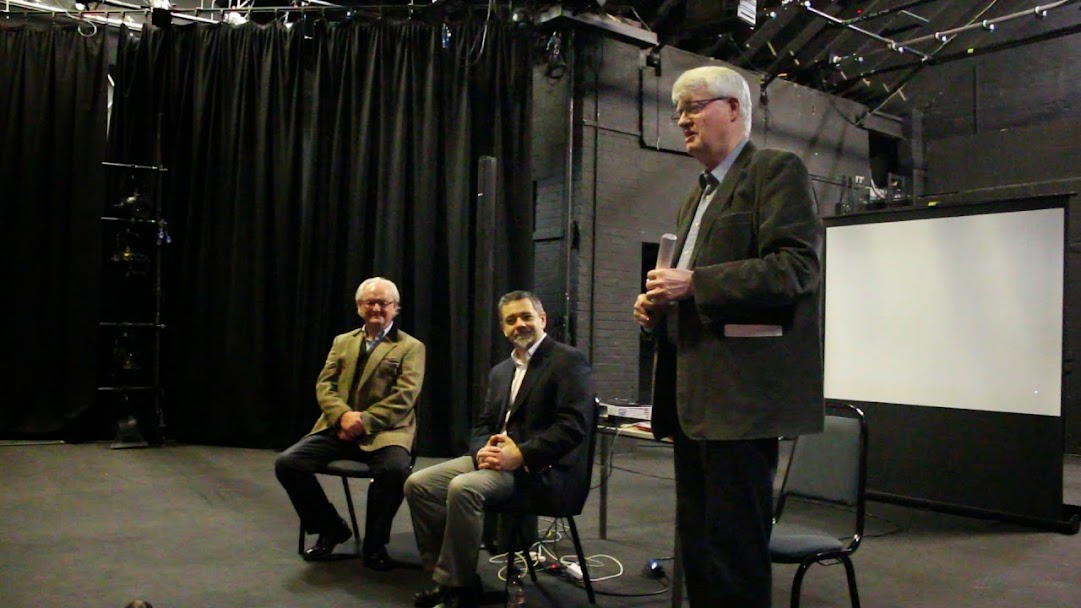 Michael Earley – Principal of the Rose Bruford College of Theatre & Performance
- See more at: http://www.vakhtangov.copernicusfilms.com/#sthash.CYgXb3gO.dpuf
on June 21, 2014 No comments: